A Week of Spouses and People

Rumela is an international spouse from India who just arrived in Berkeley. She is following her husband who is doing a post-doc at Lawrence Berkeley National Laboratory. Rumela has a  Master’s degree in Communication Studies and, before accompanying her husband to Berkeley, taught Communication at a college in India for 3 years.

Here she talks about her first time at the Friday Morning Coffee, a group for international spouses/partners facilitated by Yvonne Lefort that meets weekly at Caffe Strada in Berkeley. 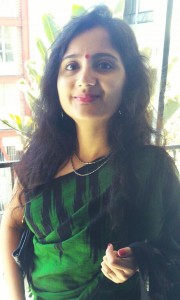 “Do you like meeting new people?” I am sure all of you have at least once or twice faced this question. Well I am no exception to this rule. But unlike many of you I never answered this because I never knew what to say. I have rarely met “New People,” and all the “New People” I have met in my home country (India) were the people whom somehow I always knew. But it is past. Now I have an answer. Yes I like meeting new people, thank you very much. And the person who made me realize this, is Yvonne Lefort.

A week ago this name would not have meant anything to me (though it would have sounded a bit different from the random names) but now it has become a symbol of solace. She arranges a group meeting (among many other activities) known as Friday Morning Coffee for people who are new in Berkeley without any friends. This group mostly consists of spouses whose husbands are connected to UC Berkeley. Being a university town, Berkeley has got its fare share of foreign students, visiting scholars and post docs. Many of them come to the United States accompanied by their families. When the husbands become busy in their academic and professional duties, most of the spouses start feeling domesticated and lonely, which leads to depression. Hence, there is no way the problem of the spouses can be taken lightly. Moreover, it also affects their partners and kids adversely.

Yvonne, having spent her early life in Germany for a couple of years, has witnessed the same thing that a lot of the spouses of UCB people go through. It encouraged her to design the course “CREATING A FULFILLING LIFE IN AMERICA,” taught by her only at UC Berkeley. But it was not enough to cover all the people who wanted to enroll in her classes as there is a seat limit. To counter that crisis Yvonne managed another solution: Friday Morning Coffee at Caffe Strada. It is a gathering of spouses of foreign people in Berkeley that provides a wide scope of networking to overcome the unhappiness of a lonely life. The two-hour coffee sipping also results in a unique friendship of diversities.

My first day in the coffee meeting was a week ago. I waited a bit before entering. I was waiting to see if I could identify anyone from the the photos of the meeting which I found on Facebook. So, after wasting ten to fifteen minutes I found myself inside the cafe looking for a bunch of women whom I have never seen ever. There were a few scattered small groups here and there crowding the cafe. My morning group was nowhere to be seen. Then I walked towards the outdoor tables of the cafe. At that moment my face must have been a mixture of confusion, coyness and inquiry because suddenly I saw Yvonne Lefort smiling to me as if she knew I was looking for her. Well, I was looking for her. She was surrounded by a group of women. They welcomed me to the clan. Since then I have not only met delightful ladies from around the globe but also have experienced a series of heartwarming generic discussions including a fine dinner at another place with my new found friends and of course, my first ever Halloween party. If all these can happen in a week, I wonder what can be achieved over the length of my stay in Berkeley….